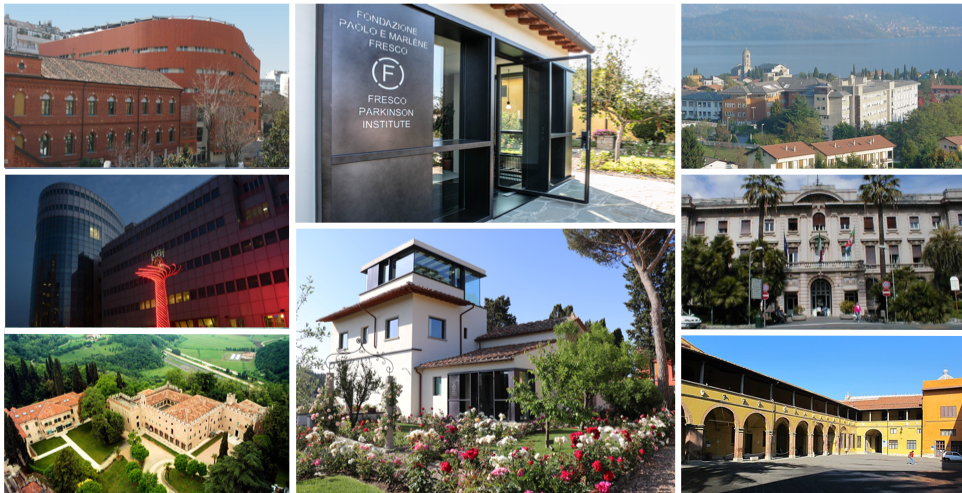 “This newest designation expands our ability to support the international PD community alongside a network that demonstrates a commitment to providing the highest quality care for people with Parkinson’s,” said John L. Lehr, President and Chief Executive Officer of the Parkinson’s Foundation. “We look forward to working with the Fresco Network to make life better for the Italian PD community.”

In addition to its exemplary care facilities, Fresco Network maintains an innovative research portfolio, and demonstrates a formal commitment to medical professional training and to educating the community of people with and affected by Parkinson’s in Italy. This designation is modelled after the Parkinson’s Foundation Center of Excellence network: a designation of medical centers with a specialized PD care team and a commitment to PD research. There are 47 Parkinson’s Foundation Centers of Excellence around the world, including 33 in the United States.

“It is an honor to receive this designation from the Parkinson’s Foundation and to solidify the Fresco Network as leader in PD care,” said Paolo Fresco, “I have personally experienced the long suffering and loss of my beloved wife, Marlene, to Parkinson’s disease so my commitment is deeply personal. That is why I look forward to working alongside the Foundation to provide essential care, education and resources to the PD community in Italy.”

The Fresco Network was made possible by the Marlene and Paolo Fresco Foundation and the Fresco Parkinson Institute Foundation (FPI). FPI was established in 2015 as an international non-profit organization that works to improve the quality of life for people with Parkinson’s and their loved ones.

“Today’s designation is a testament to the strong bonds uniting Italy and the USA in the field of medicine and research. Cooperation, exchange of ideas, cross-fertilization and a multidisciplinary approach across the Atlantic are key to our fight against Parkinson’s disease. I am proud to see that thanks to the Fresco Foundation and the Parkinson Foundation, Italy and the USA are leaving their mark,” said the Ambassador of Italy to the USA, Armando Varricchio.

To learn more about the Parkinson’s Foundation Center of Excellence Network, visit www.parkinson.org/expert-care/centers-of-excellence.

About the Parkinson’s Foundation

The Parkinson’s Foundation makes life better for people with Parkinson’s disease by improving care and advancing research toward a cure. In everything we do, we build on the energy, experience and passion of our global Parkinson’s community. For more information, visit www.parkinson.org or call (800) 4PD-INFO (473-4636).

About the Paolo and Marlene Fresco Foundation

Since 2015, the Paolo and Marlene Fresco Foundation sponsors care models for Parkinson’s disease that emphasize physical and psychological wellbeing, compassionate and personalized care, acknowledgment of caregivers, and multi-modal rehabilitation model, together with state-of-the-art medical and surgical care. To this aim, the Foundation singled out six Italian sites, each of them with unique characteristics. The sites that are currently part of the newly nominated Fresco Network of Excellence are: the Moriggia-Pelascini Hospital in Gravedona; Villa Margherita in Vicenza; the Policlinico of Milan; the Santa Maria della Misericordia Hospital in Perugia; the Santa Chiara Hospital in Pisa; the San Martino Hospital in Genova.

Affecting nearly one million Americans and 10 million worldwide, Parkinson’s disease is the second-most common neurodegenerative disease after Alzheimer’s and is the 14th-leading cause of death in the United States. It is associated with a progressive loss of motor control (e.g., shaking or tremor at rest and lack of facial expression), as well as non-motor symptoms (e.g., depression and anxiety). There is no cure for Parkinson’s and 60,000 new cases are diagnosed each year in the United States alone.

This website uses cookies to improve your experience while you navigate through the website. Out of these cookies, the cookies that are categorized as necessary are stored on your browser as they are essential for the working of basic functionalities of the website. We also use third-party cookies that help us analyze and understand how you use this website. These cookies will be stored in your browser only with your consent. You also have the option to opt-out of these cookies. But opting out of some of these cookies may have an effect on your browsing experience.
Necessary Always Enabled
Necessary cookies are absolutely essential for the website to function properly. This category only includes cookies that ensures basic functionalities and security features of the website. These cookies do not store any personal information.
Non-necessary
Any cookies that may not be particularly necessary for the website to function and is used specifically to collect user personal data via analytics, ads, other embedded contents are termed as non-necessary cookies. It is mandatory to procure user consent prior to running these cookies on your website.
SAVE & ACCEPT