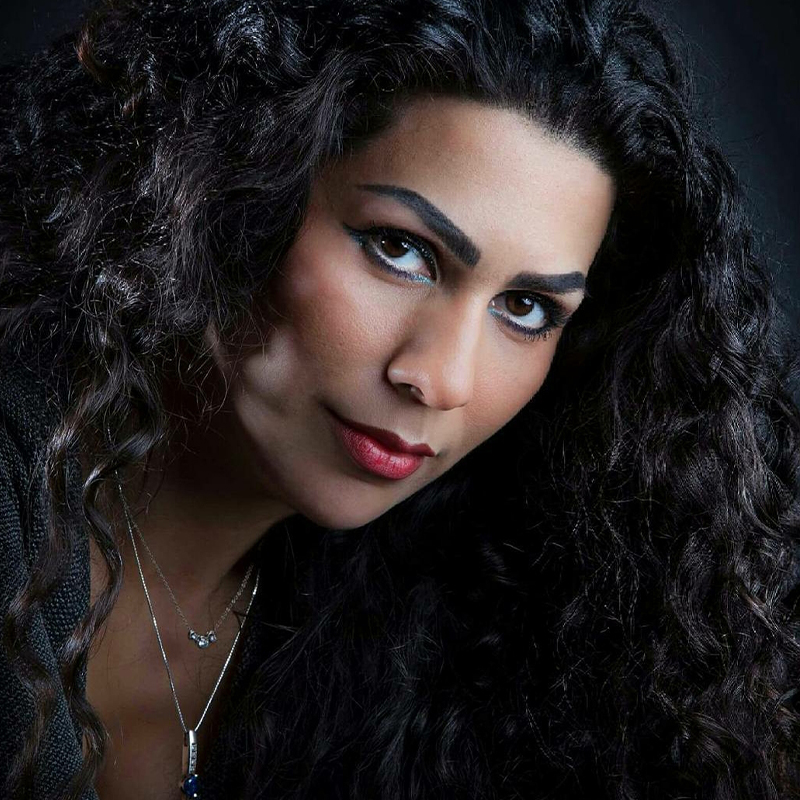 Tannaz Lahiji was born in Tehran, Iran, on 8 March 1978 to a family of artists: her mother a painter and father a painter and lecturer at the Tehran School of Visual Arts, where the young Tannaz was to study from 1992 to 1997 and gain her diploma in painting.

In May 2019 he is among the artists present at the Venice Biennale in collaboration with the Ma-Ec Gallery in Milan.
She is working as researcher and teacher of Art Therapy in an international project with New York University, The City University of New York and the Mark Morris Dance Center of New York focusing on research for the cure of degenerative illnesses like Parkinsons.

She is working on the establishment of a University Master on Art for the benefit of the Neurological Sciences. Between 2017 and 2018 he held a series of Art Therapy classes at NYU. The project continues for the next two years. In September 2020 she starts an experimentation in her artist studio in Florence.

Matteo Valerio is an Italian artist born in Florida in 1989.

In 2015 he graduated with honors in Graphic Art at the Academy of Fine Arts of Venice. He later moved to London to attend Fine Arts at Central Saint Martins where he graduated in 2017 with Distinction. In the same year he was selected by the Design Department of Ecnu University of Shanghai as a tutor for a project on the textile production of the Miao minority (Dream of intangible cultures).

His practice is based on the understanding of the interpersonal and evocative qualities embedded in a material which becomes a container part of a larger narrative made of fabrics, plants, processes and prints.

During the master he was selected by Mona Hatoum for the homonymous scholarship. In 2016 he won the residency and the scholarship curated by Lucy Orta, Art For The Environment at the Fondazione Zegna in Trivero. In 2016 he won the Collettiva Giovani Artisti Scholarship of the Fondazione Bevilacqua La Masa and the following year he won the Shanghai Award where he collaborated with the Italian Cultural Institute of Shanghai and with the Fondazione Garuzzo. His series of works “New travels for Marco Polo” completed at the MA was selected by Nova Awards in the top 12 among the 1200 projects of CSM.

In 2018 with the work Dream Of Intangible Cultures, which intertwines art, design and craftsmanship, he won the TRA prize of the Premio Fondazione Francesco Fabbri. Since 2015 he developed social-art projects in collaboration with Sofia Bonato at various institutions including Tate Exchange in London and Dolomiti Contemporanee; In 2020 he started collaborating with NYU researchers and the Fresco Parkinson Institute for the ARS_PD project. 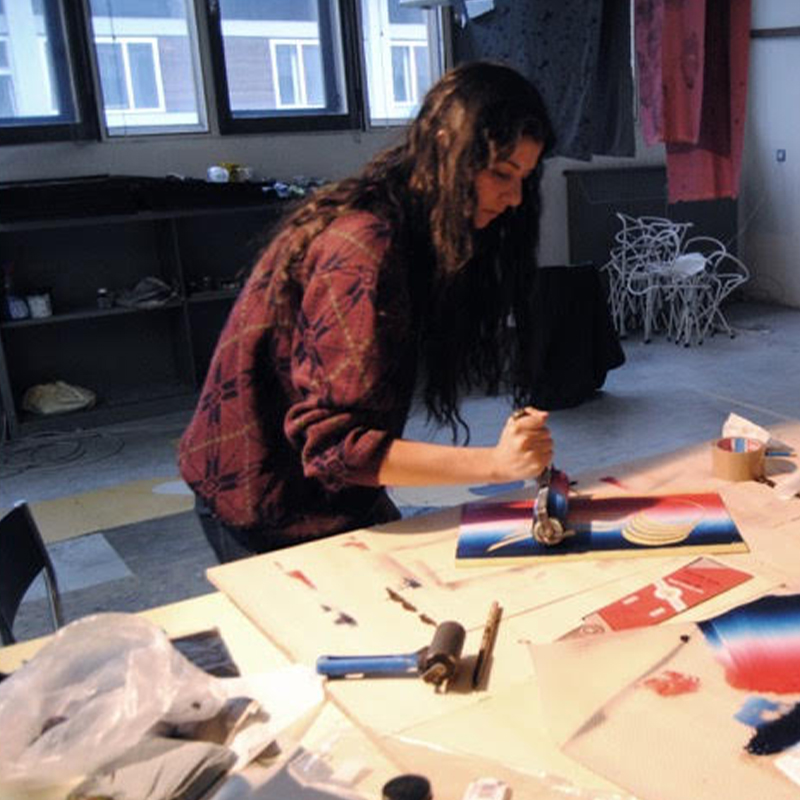 Sofia Bonato, (Vicenza 1991) is an Italian-Moroccan artist. She lives and works between Vicenza and London.

In 2012 she moved to Venice where she graduated from the Academy of Fine Arts of Venice. She later moved to London, where in 2017 she won the Creative opportunities award and she was artist in residence at The Old Court, Greater Manchester, UK. In 2018 she graduated from an MA in Fine Arts at Central Saint Martins, UAL, London, UK.

Sofia Bonato’s work interweaves a wide range of processes, including video, sculpture, photography, printmaking and installation. Her work looks at everyday actions, satisfaction, mass behavioral patterns and rituals that reflect on personal identity, guilt, fetish, instant gratification and consumption and in the last years it strongly connected with art commoning.

In 2017 and 2018 she organizes and directs the workshops “Have a nice way back” with Matteo Valerio and “Same time, tomorrow”, at Tate Exchange, Tate Modern, London, UK.

Since 2015, in besides her own individual practice, she collaborates with Matteo Valerio on numerous social art projects including Obsolete studio, an ongoing experimental printing laboratory activated by the two artists while they were artists in residence at Dolomiti Contemporanee, Ex Colonia Eni in Borca di Cadore. In 2019 she was in the technical team at the digital printing department at London College Communication, UAL, London, UK.

From 2018 she starts collaborating with the New York University and the Fresco Parkinson Institute of Florence.

This website uses cookies to improve your experience while you navigate through the website. Out of these cookies, the cookies that are categorized as necessary are stored on your browser as they are essential for the working of basic functionalities of the website. We also use third-party cookies that help us analyze and understand how you use this website. These cookies will be stored in your browser only with your consent. You also have the option to opt-out of these cookies. But opting out of some of these cookies may have an effect on your browsing experience.
Necessary Always Enabled
Necessary cookies are absolutely essential for the website to function properly. This category only includes cookies that ensures basic functionalities and security features of the website. These cookies do not store any personal information.
Non-necessary
Any cookies that may not be particularly necessary for the website to function and is used specifically to collect user personal data via analytics, ads, other embedded contents are termed as non-necessary cookies. It is mandatory to procure user consent prior to running these cookies on your website.
SAVE & ACCEPT